EarthBound is an incredible game, but it's also become a very expensive one. Use the info on this page to make sure you're not getting ripped off - you can save hundreds of dollars if you know what you're doing!

Below are the current average prices for single EarthBound cartridges, complete EarthBound sets, and the EarthBound Player's Guide. I update these by hand monthly by checking all the successful listings on eBay over the past 30 days (in other words, only the copies that actually sold) and then averaging their prices. 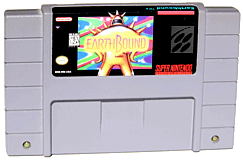 Average: $195
Right Now on eBay:
View all 29 items »
You can also get EarthBound carts here:

If you know of any other places, let me know! 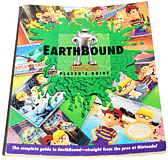 If you just want to see the guide for reference, the fine folks at Retromags scanned it for preservation purposes a few years ago. Check the scans out here!

Nintendo has also put up a digital copy of the guide for free here! 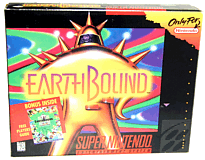 Average: $573
Right Now on eBay:
View all 14 items »
Complete sets are harder to find, but you can check here too:

There are a few things you should know when looking for a copy of EarthBound - keep these tips in mind during your search.

Note 2: EarthBound is now available as part of the Super NES Mini. It offers a much more affordable way to play the game, but watch out for scalpers trying to sell it for hundreds of dollars.

Why is EarthBound so Expensive?

Will EarthBound Ever Get Cheaper?

If you're looking for a copy of EarthBound, I wish you luck! If you have any questions, feel free to e-mail me at tomato@starmen.net or message me on Twitter at @ClydeMandelin!